See Yourself as Top-Shelf

I looked in the mirror, right into my own eyes, and had a conversation.
  
By Kip Brooks Confidence Psychology Well-Being

If you want top-shelf, you need to be worthy of top-shelf.

I hate to break this to you, but there might come a time when you have to admit that you suck. And, then you’ll have to choose whether or not to do something about it.

When I chose to get into a relationship with a higher class of woman, I had to face some bumps in the road. My wife, Marina, had top-shelf taste in men. And, rightfully so. She’s a top-shelf woman. I felt like I was just a step above that cheap, well Vodka with fruit flies in it.

In past relationships, I was always “the one that got away.” And, it wasn’t because I’m supremely good looking (I’m an average guy) or tall (I’m short) or mega-wealthy (I’m not). It was because I pulled out chairs and opened doors and had an interest in things like music, art, travel, culture and food. I was a good listener. I was genuinely curious about my partners – even if I was just trying to get them into bed.

I was the kind of man that seemed so foreign to them that they damn near threw themselves at my feet. I can’t even tell you how many times I’ve been told “I love you” on a first date.

I don’t tell you this to brag.

In fact, it led to a hell of a lot of challenges. When I was in my early 20s, for example, I was arrested for numerous domestic charges thanks to a woman who told me: “If I can’t have you no one can.” Ultimately, the charges against we were proven false and thrown out.

It always surprised and somewhat concerned me how little effort it took me to win over a girl. I repeatedly questioned how real it was.

But Marina? She was different. She wasn’t impressed easily.

Previously, I could win points with a woman by simply mentioning that I wanted to learn to dance. Not with Marina. She had already dated an award-winning International dance instructor.

Other women would swoon at the way I interacted with not just my kids, but all kids, and declare me ‘Dad of Decade.’

Not Marina. Marina’s ex took his son on a three-week trip to Africa.

Women were stunned in admiration when I told them about my travels and my speaking engagements and the results I’ve helped clients achieve.

Not Marina. Marina dated one of the greatest speakers in the game. He’d traveled twice as much as I had. And, he’d helped countless clients reach cosmic levels of joy and success.

Fuckin’ Marina, man. I was in over my head.

I’d gotten used to phoning it in with women. I’d gotten used to being admired just because I was respectful and loyal with a dash of chivalry. It didn’t take me long to realize that shit just wasn’t going to cut it. Not anymore.

I wanted top-shelf. And, I needed to be worthy of top-shelf.

When I first started dating Marina, I came in with my chest bowed out and head held high. But, as time went on, and I learned who some of her exes were, I began to fall from grace. I began to cower. I felt inferior. I hadn’t achieved the levels of success of that they had. I hadn’t received the accolades that they had. I was just an average guy. They were true leaders. Real men. Kings’ kings.

These were men sent to Earth to demonstrate to the rest of us exactly how small we are all playing.

Those who know me know that I am fiercely competitive. I never shy away from a challenge, even when I think I don’t have a chance in Hell. I honor the journey and the growth that comes from it all.

But when it came to dating Marina, I shrank.

As it often happens in life, I’d run into some challenges. My daughter passed away. I entered into a toxic business partnership. Got mixed up with a shady attorney. Suffered a brain injury. Finalized a nasty divorce.

These events were blows to my ego. They cause financial and psychological damage.

As I continued to see Marina, I frequently found myself feeling more and more insecure about our relationship.

It felt as though someone was whispering in my ear:

She doesn’t see you as a real man.

She thinks you’re a loser.

She’d rather be with one of her exes than you.

I felt like there was nothing I could do to be good enough for  Marina.

I let it eat me up inside. I became obsessed with trying to find ways her exes weren’t as great as they seemed.

Then, one day, I read something that took me to the edge – that forced me to get real with myself.

I looked in the mirror, right into my own eyes, and had a conversation.

They are better than you. And, you’re allowing them to be. You’ve let them get inside your head and take you out. It’s time to stop this bullshit and man the fuck up.

This may not be the typical self-imposed pep talk you’d expect from a coach and speaker in the world of personal development, but airy-fairy words of love and light don’t do much good.

In the words of Rocky Balboa, “the world ain’t all sunshine and rainbows.”

Sometimes you need call yourself out on your bullshit.

If I would have kept on playing small, seeing myself as a victim and letting my own thoughts sabotage me, I would have only continued to backslide.

At one point, I became upset with Marina for dating some of her exes. I realized it was because I was having to stretch myself to a whole new level. I had to learn how to play in the big leagues.

The truth is, most of us are skating by in life. And, we accept that. It’s fine that we don’t have the biggest yard in town or drive the fanciest car or have the coolest job.

Has anyone ever asked you if you are good at what you do? I’ve been all over the world and nobody has ever asked me.

The people around us – friends, family, colleagues – tend to let us get away with playing small. And, we return the favor.

For me, of course, Marina is one of those people.

Sure, I still find myself feeling inadequate. Sometimes, I shake that shit right off. Other times, I wallow in it for a bit. But, I always remind myself of what I’ve done, what I’m doing, where I’m going, and who I am. Then, I get back to work.

It’s okay to feel inadequate sometimes. But, you have to take ownership of it. Step forth in faith and know that the staircase will appear. The caterpillar must die for the butterfly to awaken.

We are creatures of growth. 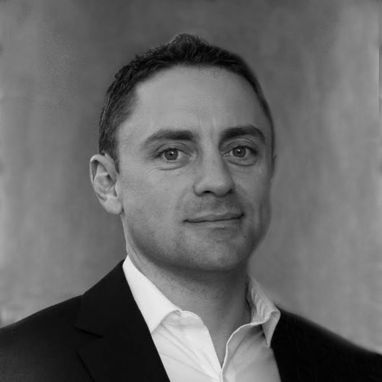 Kip Brooks is a certified Trainer and Master Practitioner of Neuro-Linguistic Programming, and holds certificates in Mental and Emotional Release® and Hypnosis from the Association for Integrative Psychology. He is a John Maxwell certified speaker, sales trainer and coach and holds certificates in youth empowerment by YouthMax and YouthMax Plus. He is also certified by the Life Coach Training Institute and is trained and certified in Neuroscience, and Healing Touch.

Subscribe to our mailing list and get more tips for improving your relationships, mastering your sexuality, and achieving your greatest goals.  You'll be an Integrated Man in no time. 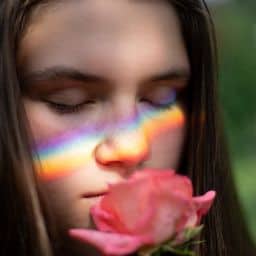 Uninstalling Limiting Beliefs (How to Re-Program Your Unconscious Mind)

This post may contain affiliate links. Read the full disclosure here. Some people know me as the guy who can fix the un-fixable. Throughout my career, I’ve helped clients relieve everything from seasonal allergies to… 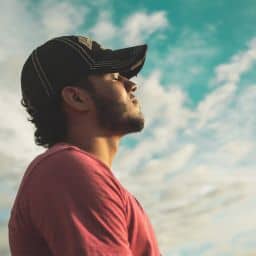 How to Become Your Own Motivational Speaker

This post may contain affiliate links. Read the full disclosure here. Have you ever been at one of those seminars that featured a really good motivational speaker? Do you recall how you felt while this… 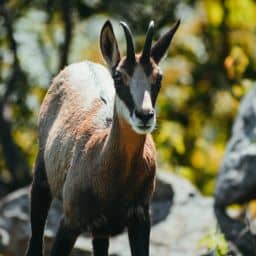 The Problem with Positive Thinking (and What to do Instead)

This post may contain affiliate links. Read the full disclosure here. If you consistently buy into the masses of social media influencers out there, then you might be inclined to believe that positive thinking is a… 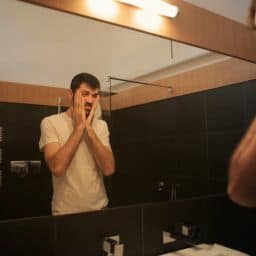 A Guide to Overcoming Toxic Shame 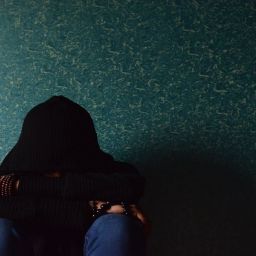 This post may contain affiliate links. Read the full disclosure here. This article was originally published on www.tonyendelman.com I was the biggest fucking downer on the planet. At least, that’s what my friend Kevin told me….

A Guide to Sexual Transmutation 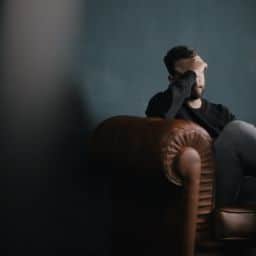 This post may contain affiliate links. Read the full disclosure here. This article was originally published on www.tonyendelman.com. Versions have also been published on Elephant Journal and Thought Catalog.  When I decided to move from… 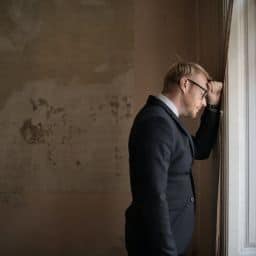 How to Deal with a Midlife Crisis

This post may contain affiliate links. Read the full disclosure here. A similar version of this article was originally published on Lifehack.org. After graduating from University of Wisconsin, I moved to Chicago to pursue comedy,… 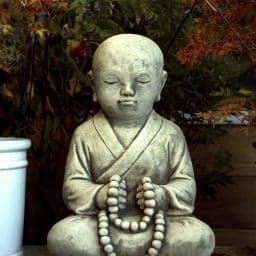 The Cult of Meditation (and Why You Should Join)

This post may contain affiliate links. Read the full disclosure here. If for some reason you ever decide to drive through the state of Iowa, you might want to consider making a stop in Fairfield,… 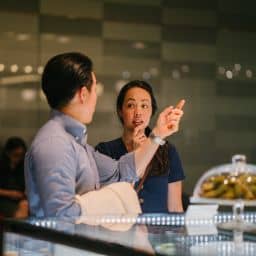 Overcome Your Fear of Rejection

This post may contain affiliate links. Read the full disclosure here. One of the most common issues that keeps men from having a fulfilling dating life – or any dating life at all – is… 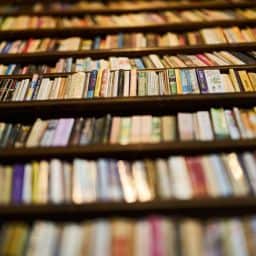 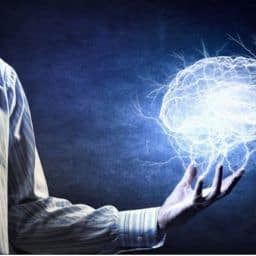 This post may contain affiliate links. Read the full disclosure here. Kip BrooksKip Brooks is a certified Trainer and Master Practitioner of Neuro-Linguistic Programming, and holds certificates in Mental and Emotional Release® and Hypnosis from…