One of the core tenets of becoming an Integrated Man is being a good ender.  In other words, learning to break up with a woman in a confident, timely, and loving way.

In his books No More Mr. Nice Guy and Dating Essentials for Men (and in much of his other work) Dr. Robert Glover repeatedly discusses the importance of being a good ender. Dr. Glover often shares that he was married twice for a total of 25 years, and he shouldn’t have been on more than three dates with either of his ex-wives.

Because breaking up with a woman is often terrifying for men – particularly Nice Guys – many men make the same mistake that Dr. Glover did. They stay in a bad relationship or a bad situation for way too long.

Being a good ender and knowing how to effectively break up with a woman is vital when navigating the world of dating and relationships.  It is an essential skill that can cover a multitude of sins. It allows you to meet a lot of women and move on quickly.

If you think about it, though, being a good ender is not only important when navigating dating and relationships. It is important in all aspects of life.

When you become a good ender, you’ll find it to be a useful skill in a variety of situations – from ending a toxic friendship to leaving an unpleasant work environment.

In this article, however, we’re focusing on dating and relationships. You’ll learn how to become a good ender and break up with a woman in an integrated way.

WHY BREAKING UP IS HARD TO DO

As you likely already know, breaking up with a woman produces an overwhelming amount of anxiety for many men. It is one of the biggest fears that many men face.  As Dr. Glover theorizes, this is probably due to the evolutionary truth that women are security-seeking creatures.

From an evolutionary and biological point of view, if a man is breaking up with a woman, it is a death sentence to the woman. During tribal times, women looked to men to be their providers and protectors. Certainly, things have changed over the last few centuries, and modern women can take care of themselves. But they are still evolutionarily and biologically wired to seek security.

So, when you break up with a woman, it is as if the woman is losing her security system. And many men are afraid that the woman might have an emotionally intense reaction.

Beyond that, men tend to be afraid of breaking up with a woman for several reasons:

THE TRUTH ABOUT YOUR FEAR OF BREAKING UP

Because it means that, at some point, you will have to face your fear of breaking up with a woman.

The fear of getting out can prevent you from even getting in.

Dating is a numbers game. And throughout the dating process, you are going to meet a lot of women who simply aren’t a good match for you.  You need to be able to end it quickly.

Learn to catch and release.

Being a good ender is crucial for both limiting the amount of time you spend with wrong women and opening up new opportunities to meet the right women.

Moreover, being a good ender is part of your responsibility as an Integrated Man.

Understandably, many men want an active dating life or a loving, healthy, intimate relationship. But when they finally get what they want, their anxiety shoots through the roof.

This is because many men have a fear of intimacy.

Men often fear intimacy because they think they will end up feeling smothered. They fear that they will have to give up everything important to them and fit into the woman’s life to have a relationship.

This just isn’t the case.

As Dr. Glover often says, “Create a great cake of a life and invite a woman to be the icing.”

You should never make a woman your emotional center.  Your woman will be far more attracted to you – and have far more respect for you – if you have a life full of passion, interests, hobbies, and good friends. Making a woman your entire cake is a recipe for disaster.

That said, how do you know if you should break up with a woman or if you just have a fear of intimacy?

Here are a few things you can do:

PRO TIP: HAVE A PRE-BREAKUP DISCUSSION

When you’ve started dating someone and it looks like things might get serious, here’s a tip: Have a pre-breakup discussion.

Yes, this means that you should talk to your partner about how you’ll break up. Why? Because, odds are, you will break up. Most relationships don’t last. That’s just a reality.

Talking about how you’ll break up may seem odd and somewhat paradoxical, but it actually makes the woman feel more secure. It allows both of you to get all the way in and prevents all the unnecessary speculation that might occur down the road.

The pre-breakup discussion doesn’t need to be lengthy or complicated. Just tell your partner: If there is anything on my mind, I will let you know. If it ever gets to a place where I feel like the relationship isn’t working, we’ll sit down on the couch and I’ll tell you up front. I will always be honest and transparent with you. No surprises.

Having a pre-breakup discussion gives you a healthy foundation for breaking up, if and when you actually do.

Whether you’ve been dating for a few days, a few months, or a few years, breaking up is actually a loving thing to do. Unnecessarily drawing things out is cruel.

Remember that when you break up with a woman, you’re not doing anything wrong.  As Dr. Glover often says, “A woman’s reaction to something a man did does not determine the rightness or the wrongness of the thing that the man did.”

Women are emotional beings whose reactions often reflect how they are feeling in a specific moment. Not to mention that all women – and all humans – are different. One woman might react in a certain way to you breaking up with her, while another woman might react in a completely different way. The same woman could also react in a variety of ways, depending on how she’s feeling that day or in that moment.

But no matter how a woman reacts to you breaking up with her, she will ultimately respect you for being a good ender and behaving like an Integrated Man.

So, act with integrity, let go of attachment to outcome, and stick to the basics when breaking up with a woman at any stage of the dating process

Certainly, there isn’t much to end if you’ve only been out on one date. You’re obviously not ‘breaking up’ in the traditional sense. But you should still behave with integrity, even if you’ve just met a woman.

Here are some tips for being a good ender after one date:

AFTER A FEW DATES

Again, there isn’t much to end if you’ve only been on a few dates.  You don’t need to make ending things more complicated than it needs to be. Don’t overthink it.

Here are some basic tips for ending things after a few dates:

AFTER A FEW MONTHS

If you’ve been dating a woman for a few months, this is undoubtedly a crucial period. By this point, you’ve likely had sex and you’re really starting to get to know her. There’s a good chance she thinks it’s becoming something more.

Here are a few basic tips for ending things with a woman after a few months:

AFTER A FEW YEARS (OR MORE)

If you’ve been dating a woman for a few years or more, you might think that breaking up needs to be a complicated, drawn-out affair.  Logistically it might need to be – particularly if you live together, you are married, or you have children. In those cases, you and your partner will surely have things to sort out.

Believe it or not, though, the actual conversation around breaking up doesn’t need to be any more complicated than necessary.

Many men who are in a long-term relationship – particularly men who are married – take one of two approaches to breaking up.

Obviously, these two approaches are not the way an Integrated Man goes about breaking up.

Even if you’ve been dating for several years or you are married, the conversation around breaking up shouldn’t be much different than if you’ve been seeing each other for a few months.

Be direct and to the point. The reason you are breaking up is because you have lost interest. The relationship simply isn’t working for you anymore. You don’t feel the chemistry and connection that you once did, and you feel that it’s best to move on. This is the only explanation you need to offer because it’s the truth.

In a breakup of this magnitude, be willing to be the jerk. This doesn’t mean that you should actually be a jerk. But the woman might have a strong emotional reaction and project some of her feelings onto you. Be willing to let that happen. It doesn’t mean you’ve done anything wrong.

Remember: In the end, breaking up may be hard, but it is actually a loving thing to do.  Don’t draw things out if you’re unhappy or you’ve stopped loving your partner – it’s not fair to you and it’s not fair to her.

IF YOU KNOW YOU CAN GET OUT, YOU CAN GET IN. STAND IN FRONT OF A MIRROR AND PRACTICE BREAKING UP. USE THE TWO-SENTENCE RULE. BE CLEAR, BE DIRECT. OWN IT. 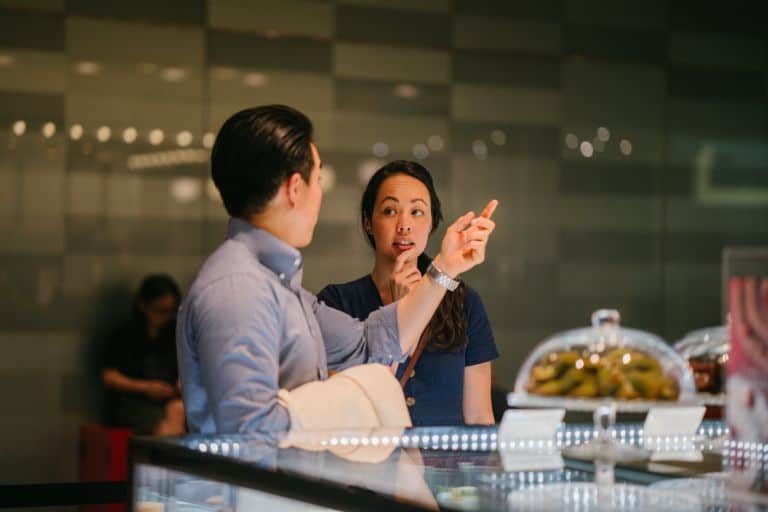 This post may contain affiliate links. Read the full disclosure here. &nbsp One of the most common issues that keeps men from having a fulfilling… 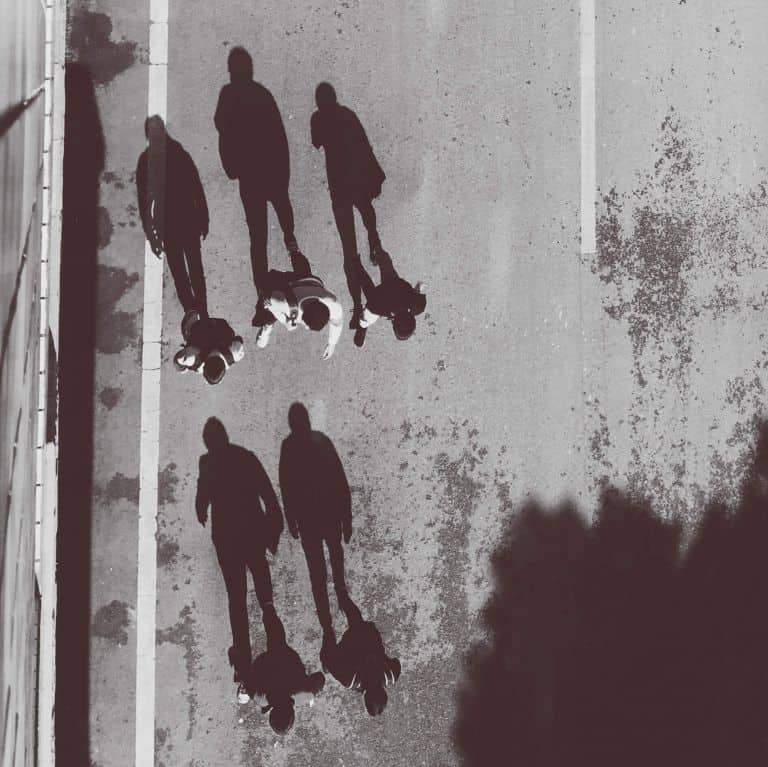 This post may contain affiliate links. Read the full disclosure here. &nbsp This article was originally published on www.tonyendelman.com. Versions have also appeared on Elephant Journal and…