Nice Guys tend to experience a great deal of frustration in romantic relationships (and in life) which can lead to anger and resentment towards women. Generally, this is because the Nice Guy’s primary goal is to make other people happy.

If you’ve read No More Mr. Nice Guy, then you already know that covert contracts are a fundamental aspect of the Nice Guy Syndrome. And they very well may be destroying your relationships.

A CLOSER LOOK AT COVERT CONTRACTS

These covert contracts simply don’t work. Yet, Nice Guys are convinced that they should.

Let’s look at this another way.

A covert contract is an agreement that you haven’t actually made, but you believe that it’s binding. You have a plan in your head for some kind of exchange, but you’ve never actually stated it.

Maybe you take your wife out for a nice dinner and expect sex in return.

Or, maybe you’ve found a way to get the kids out of the house for a night and you expect kids-are-out-of-the-house sex.

Except, you’ve never actually communicated your desire for sex to your partner. So, the sex never comes. And, subsequently, you become bitter and resentful.

To put it as simply as possible, when you operate using covert contracts, you are always giving to get.

While covert contracts seem to take their ugliest form in romantic relationships, they likely manifest in other areas too, including familial relationships, friendships, and in work and career.

As Dr. Glover puts it, “the primary paradigm of the Nice Guy Syndrome is nothing more than one big covert contract with life.” 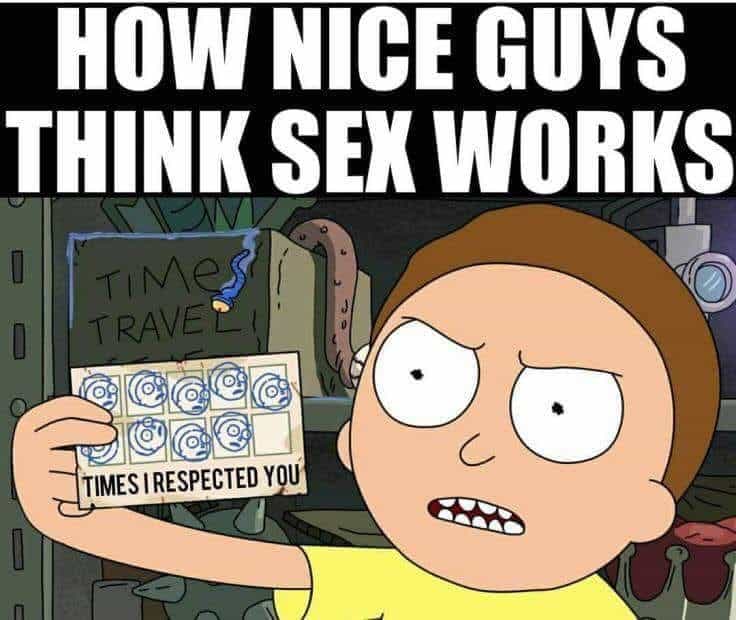 HOW COVERT CONTRACTS KEEP YOU FROM GETTING YOUR NEEDS MET

Nice Guys have an ongoing dilemma. How can they keep their needs hidden and simultaneously create situations in which they can get their needs met?

This is why they often turn to covert contracts.

You may have already picked this up, but the Nice Guy’s covert contract usually manifests in this way:

This pattern of giving to get creates an unending cycle of craziness that Dr. Glover refers to as the Victim Triangle.

According to Dr. Glover, the victim triangle consists of a predictable sequence.

This sequence usually just repeats itself, and the Nice Guy never actually gets his needs met.

HOW TO STOP USING COVERT CONTRACTS

If you’re a Nice Guy, there’s a good chance you are looking for a magic bullet, or some kind of A-to-Z road map to help you stop using covert contracts. Unfortunately, there is no magic bullet, nor is there a road map.

That said, here are a few exercises to help you get control of your covert contracts – or, at least, become conscious of them:

PUTTING YOUR OWN NEEDS FIRST

Because Nice Guys learned to sacrifice themselves in order to survive, recovery often requires learning to put their own needs first. Many Nice Guys have a hard time believing that it’s perfectly okay to have needs, and it’s healthy to make your own needs a priority.

For Nice Guys, putting their needs first can be terrifying. They often think:

This couldn’t be further from the truth.

In fact, if you’re a quintessential Nice Guy, when you begin to put your own needs first:

As Dr. Glover describes, in order for Nice Guys to get their needs met, they must begin to shift their core paradigms. This shift includes coming to believe:

Part of the transformation from Nice Guy to Integrated Man is, indeed, learning to put your own needs first.

If putting your needs first has been a struggle for you, here’s one more exercise to try:

Put yourself first a weekend or even a whole week. Tell the people around you what you are doing. Ask a friend to encourage you and support you during this process. Pay attention to your anxiety and your tendency to revert to old behaviors. At the end of the exercise, ask the people what it was like for them when you put yourself first. You don’t have to do any of this perfectly. Just do it.