As a coach, a healer, and a hypnotist, I am frequently asked about a little-known concept called the Raikov Effect.

The Raikov Effect is something of an underground secret and, in some circles, a hard-to-believe rumor. Additionally, Bob Doyle from the hit documentary The Secret, created an online training around the Raikov Effect, which has caused a bit of stir as well.

Because I’ve been asked about the Raikov Effect in several of my trainings – and I’ve seen its power first-hand, I believe it’s worth talking about.

WHAT IS THE RAIKOV EFFECT?

In the 1960s and 1970s, Russian neuropsychologist and professor named Vladimir Raikov and Czech psychologist Dr. Milan Ryzl began experimenting with students using hypnosis and visualization. They wanted to better understand how the mind works.

During these experiments, Raikov and Ryzl would put a subject in a trance and then walk them through a number of visualization exercises. Raikov would make some suggestive commands, mix in some positive thinking, challenge their beliefs, and add in some modeling.

In one particular experiment, Raikov discovered that subjects could believe they were someone else entirely.

What was Raikov trying to accomplish? He was trying to see if he could take the genius from one person and install it in another.

For example, Raikov told one woman under hypnosis that she was a remarkable violinist, with virtuosic talent. Though the woman no longer consciously believed this once the hypnosis was complete, she immediately jumped from beginners’ classes to advanced classes. The genius Raikov installed in her remained, even when she returned to normal life. Raikov also found similar results when he told subjects under hypnosis that they could sing or draw.

There’s now a technique called “Borrowed Genius,” which was inspired by the work of Raikov.

Eventually, American psychologist Stanley Krippner caught wind of Raikov’s work and wanted to see it in action. Krippner was blown away by what he witnessed. He then began experimenting with the Raikov Effect on his own, and word spread.

WHAT WE’VE LEARNED FROM BORROWED GENIUS

Author and researcher, Robert Greene, has convinced us that it takes 10,000 hours of practice to reach mastery. In fact, the 10,000-hour rule has become something of a mainstream idea.

John Hayes, a psychology professor at Carnegie Mellon, studied some of the world’s greatest music composers reported it takes 10 years of work to create a masterpiece.

But Raikov’s work tells us that scholars like Greene and Hayes are incorrect, at least in the proper context.

Starting from scratch, yes; it can take thousands of hours and many years to reach a level of mastery. But, having someone to model provides an incredible head start – it’s a way to cut out much of the learning curve.

To illustrate this point, Raikov took his ideas to the Moscow Conservatory of Music. In front of an audience, he worked with students to improve on what musical skills they already possessed.

Raikov made them envision and embody their musical heroes and, after only minutes, the students showed drastic improvements. And, it didn’t matter whether a student was a complete novice or skilled veteran.

HOW THE RAIKOV EFFECT IS USED TODAY

I have immersed myself in the studies on Raikov’s work, as well as the work of those inspired by him, and the findings are nothing short of phenomenal.

Even if these studies and stories are exaggerated or considered fisherman’s tales, they still show something of beauty.

What if you could apply the Raikov Effect to your own life and improve just 10%? Is that not work a simple minutes-long exercise?

If the Raikov Effect helps you improve just 1% every week, is that not worth your time? By the end of the year, you’ll be a 50% better version of yourself.

Whether or not you believe this is woo-woo nonsense, you’re undoubtedly questioning the hypnosis component – and, understandably so. Most people don’t know anything about hypnosis or don’t believe in it. But, most of the studies on Raikov show that we don’t need hypnosis to achieve desired results.

A fundamental aspect of Raikov’s work was simply getting his subjects to relax enough that they could allow their minds to accept the possibilities of visualization.

Today, versions of the Raikov Effect are used in various institutions across the world.

Dr. Denis Waitley has worked with Olympic Athletes and NASA astronauts using similar techniques and ideas rooted in Raikov’s methods. Waitley is the internationally best-selling author of The Seeds of Greatness, The Winner’s Edge, and Being the Best, as well as The Psychology of Winning, the all-time best-selling audio program on self-mastery.

In the entertainment world, method acting – which you’ve likely heard of if you’ve watched even one episode of Inside the Actor’s Studio – is also rooted in Raikov’s work.

HOW TO APPLY THE RAIKOV EFFECT TO YOUR OWN LIFE

So, what about us average Joes who aren’t trying to win a gold medal? How can we apply the Raikov Effect to our own lives?

In any way we choose.

Next, you’re going to you tap into your imagination. Some of this may strike you as weird. But would you rather be weird and successful or broke and miserable?

And this is where you swap heads. 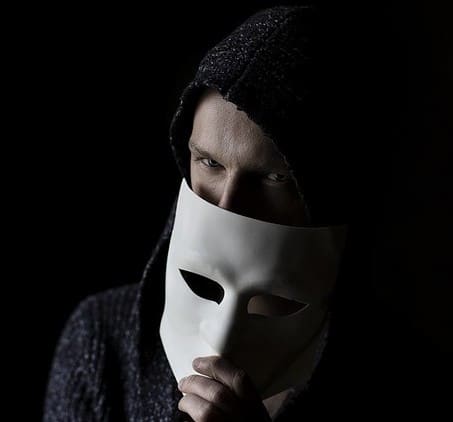 Imagine taking their head off like a helmet and replacing it with your head. This allows you tap into their psyche – how they think and behave.

Want something with a little more oomph? Imagine the person you admire is right in front of you. Then, imagine that you walk up behind them and step fully into their body.

Chances are, you already know exactly how you need to act to be the person you want to be.

Aristotle said it best: If you want to be virtuous you only have to act as if you’re virtuous.

In fact, taking on these behaviors and acting as-if has been shown to boost the immune system and increase serotonin levels.

I’ll conclude how I began: As a coach, a healer, and a hypnotist, I’ve seen the power of the Raikov Effect first-hand.

If you want to achieve your greatest goals, choose the genius you want to install and make a habit of the visualization exercises. From turning on your millionaire mindset to cultivating your creative mind, the Raikov Effect can help you become the person you want to be.

Kip Brooks is a certified Trainer and Master Practitioner of Neuro-Linguistic Programming, and holds certificates in Mental and Emotional Release® and Hypnosis from the Association for Integrative Psychology. He is a John Maxwell certified speaker, sales trainer and coach and holds certificates in youth empowerment by YouthMax and YouthMax Plus. He is also certified by the Life Coach Training Institute and is certified in Neuroscience, and Healing Touch.